St.Peter's and the Holy City

St. Peter's and its 240 meters large Square and its majestic colonnade is the heart of Vatican City and of all Christianity. It was built at the beginning of the years 300, where St. Peter's tomb was located. Emperor Constantine wanted this building, which faced also moments of decadence until the end of the XIV century, when Popes came back definitely from Avignone.

It was Pope Giulio II to order a complete renovation of the building in 1505, the task was given to Bramante. His project was one of a great basilica with a form of a Greek cross and at its centre an enormous dome. It would take more than 120 years to finish this work, great artists like Raffaello and Michelangelo would work on it. Pope Urbano VIII would open it to the public in 1626. The Square would be finished by Bernini in 1667.

Walking in the Basilica you are immediately struck by the greatness of this building and of its works of art. The perception, that you are in a holy place full of beauty, is amazing. You can admire Michelangelo's Pietà and Bernini's bronze main altar ... so many artists have taken part to the building of such an unique work of art. 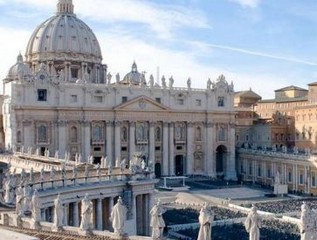 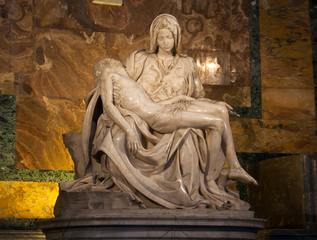 Very close to our Hotel, and partially delimited by the Leonine Walls, stands the Vatican City, a real state within a state. Born with the stipulation of the Lateran Treaties between the Church and the Italian State, in 1929, the Vatican City is an independent State headed by the Pope. It is the smallest nation in the world, with an area of just 0.169 mi² and just about 700 inhabitants (mostly ecclesiastics) as well as a hundred Swiss Guards in their historic uniform. The official language of the Vatican State is Latin, although no one uses it outside of official celebrations and documents. Behind St. Peter's, and visible from the top of its dome, are the beautiful Vatican Gardens, extending over 23 hectares. Important architects and artists of the past contributed to their embellishment with stairs, fountains and other precious works, including the famous Donato Bramante from whom our Hotel takes its name. 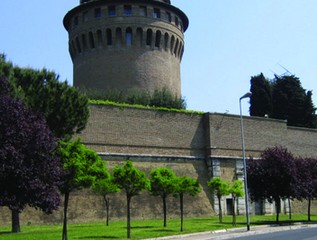 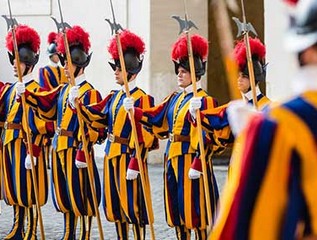 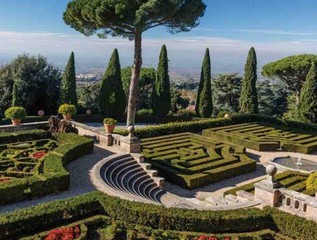